FIREFIGHTERS took three hours to bring a blaze at a complex of three industrial units under control in Oldham overnight.

They were called to the units in Lee Street shortly after midnight, where the storage unit and two garage workshops were well alight.

The cause of the fire is under investigation.

At its height, there were six fire engines, an aerial appliance and a technical response unit on the scene.

“The building was well alight when we arrived and we took three hours to get the fire under control. We managed to save one of the garage units from serious damage, but the other two units are gone.”

No-one was injured. 3 Crews remain at the scene damping down. 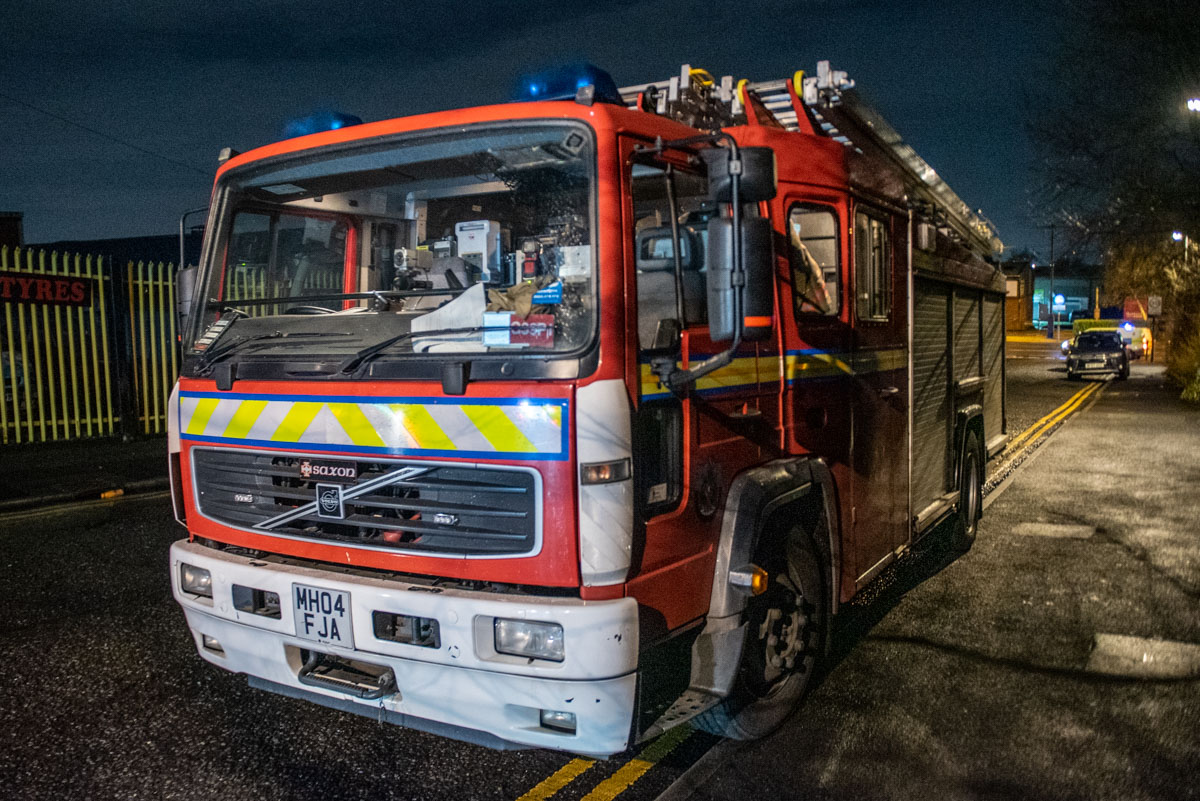 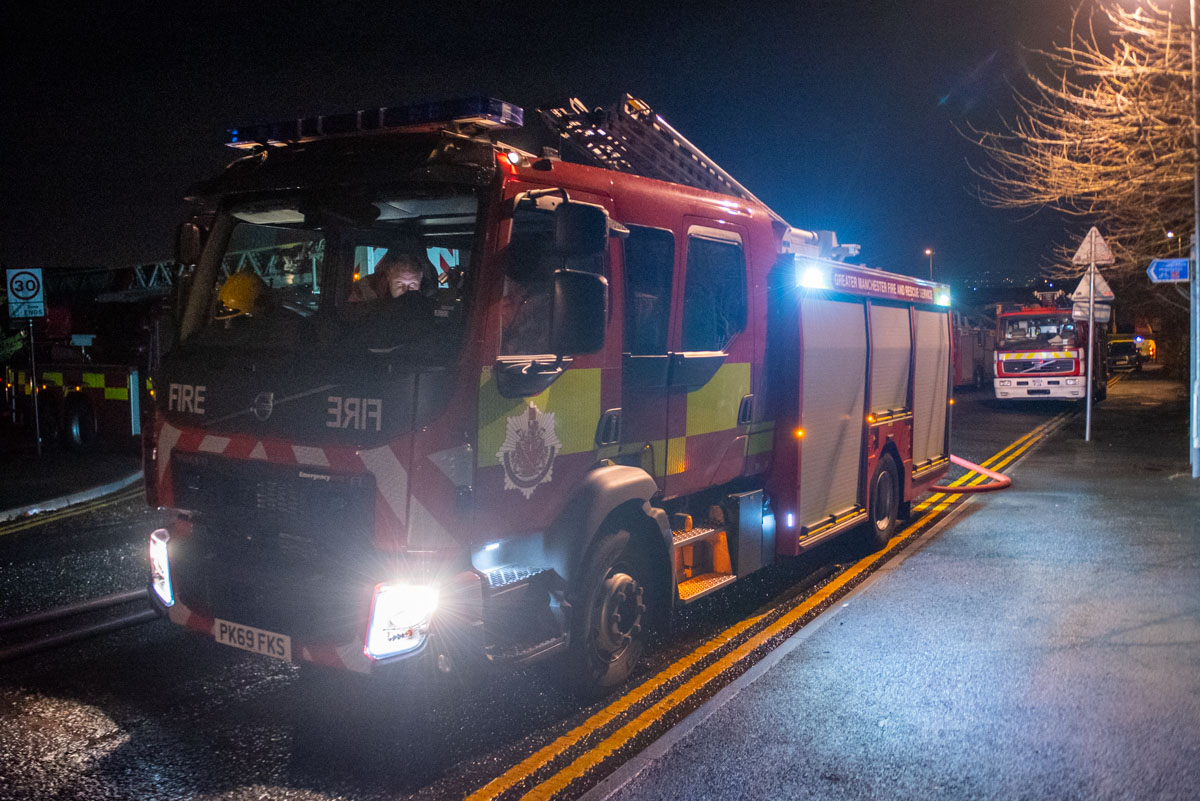 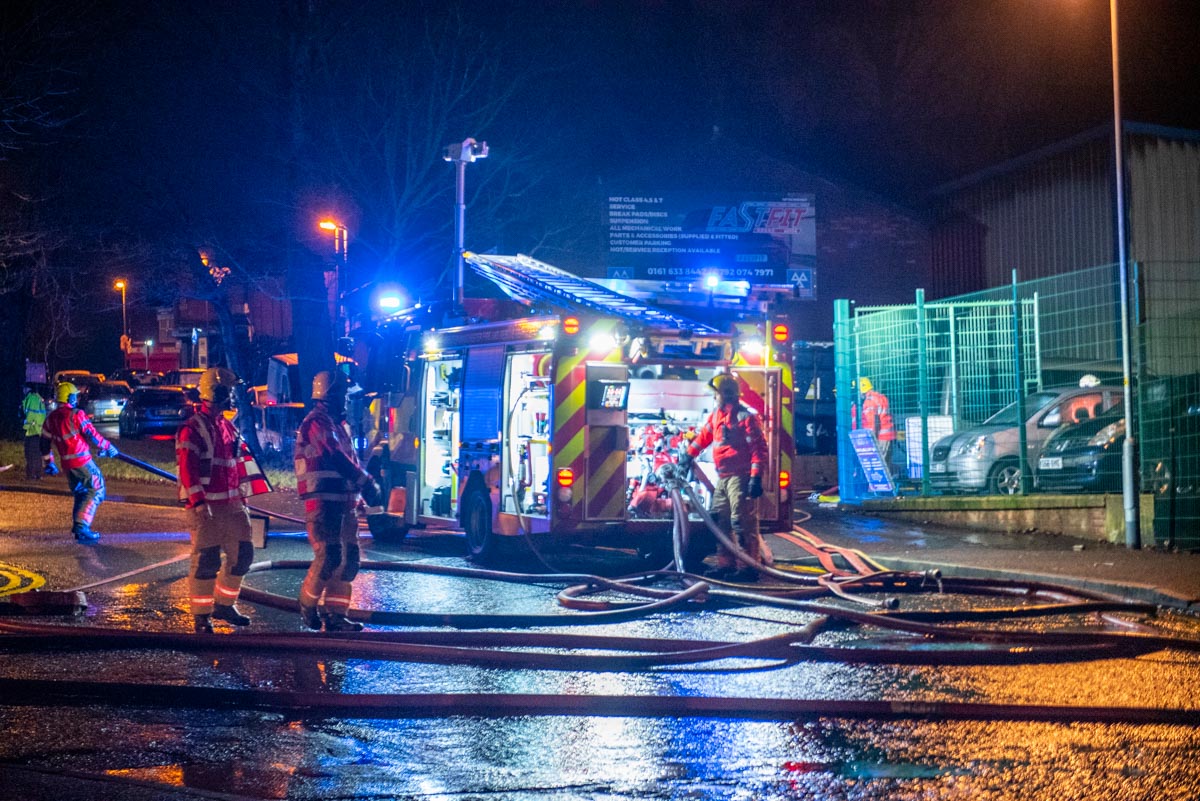 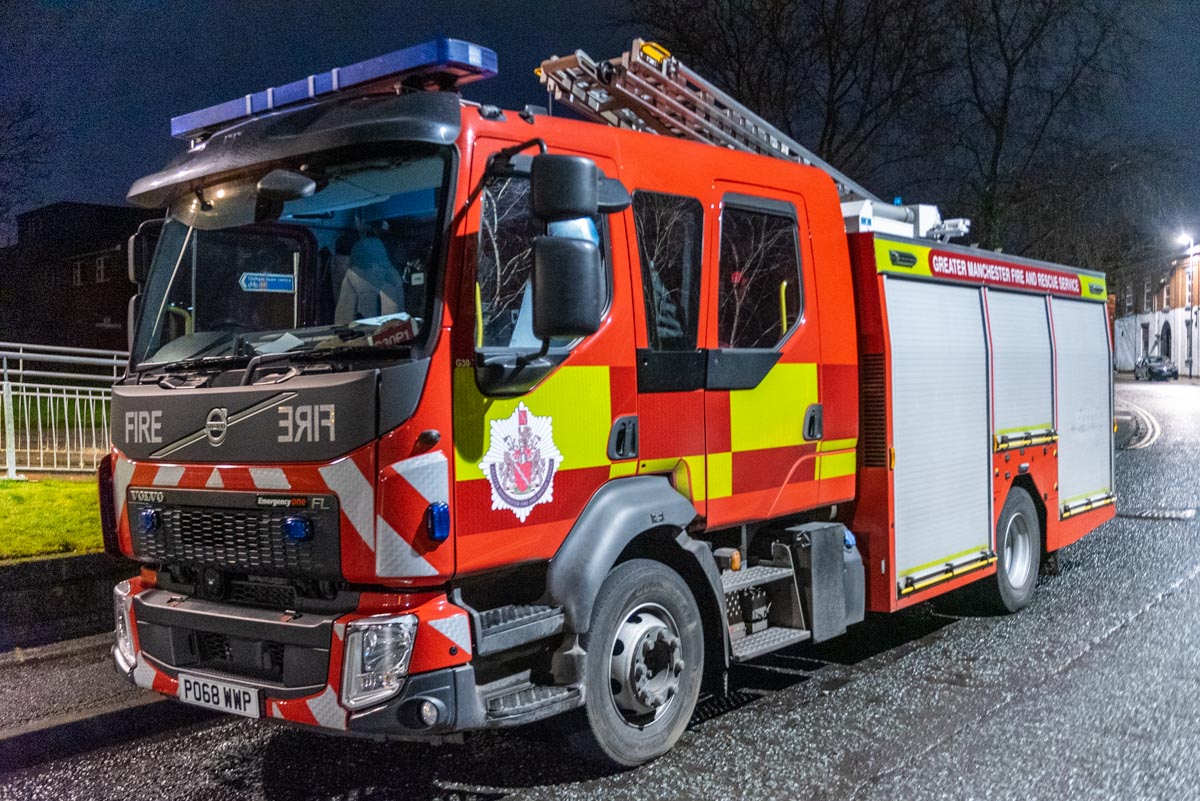 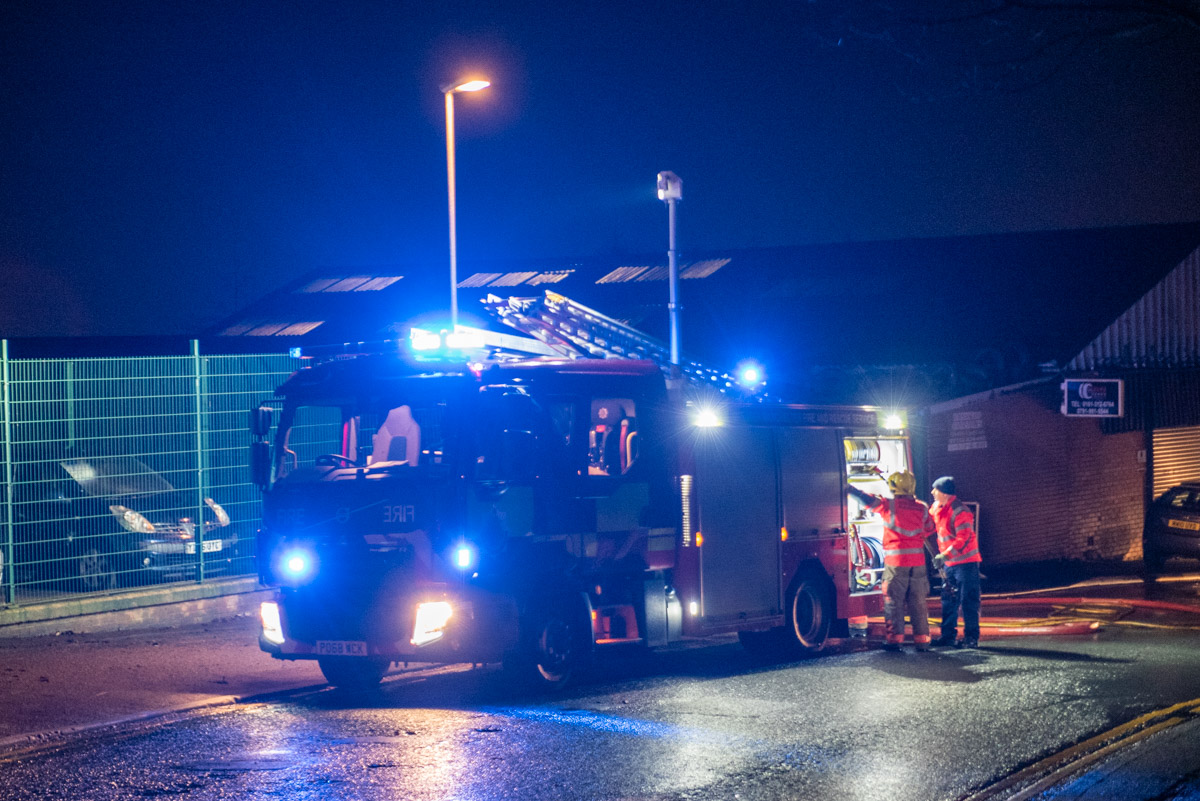 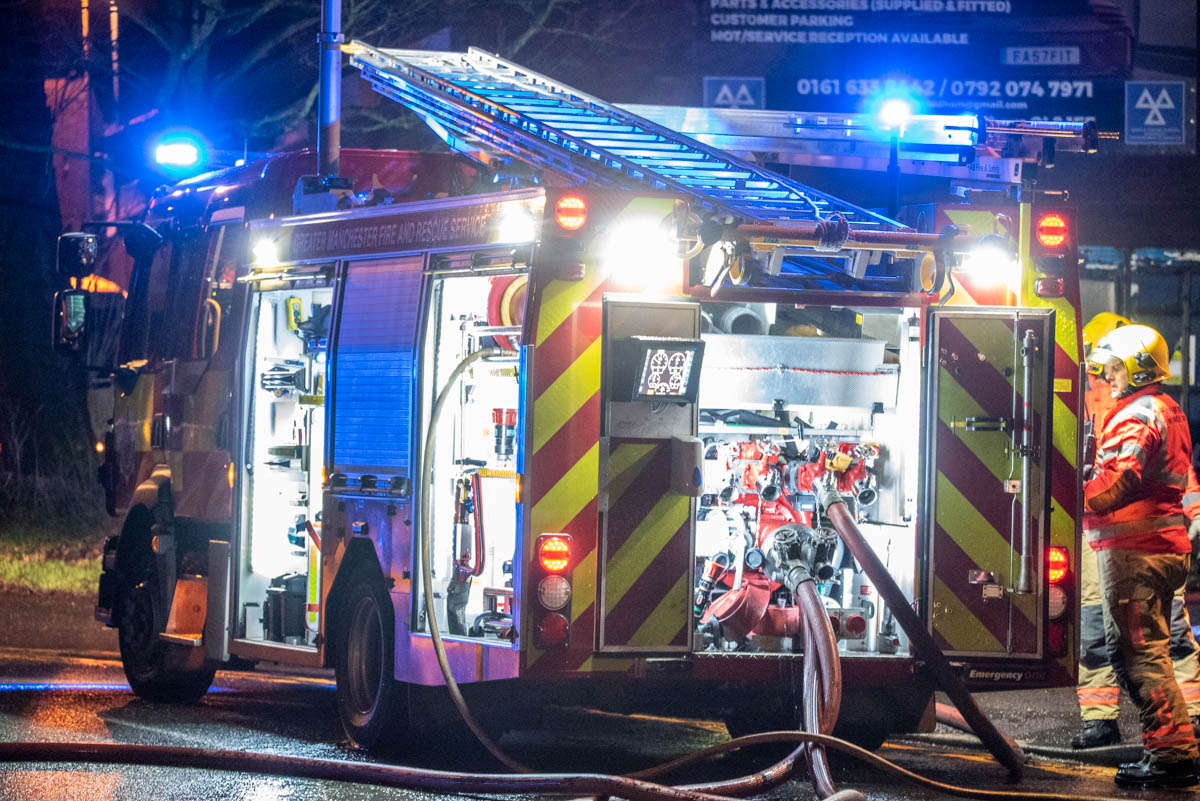 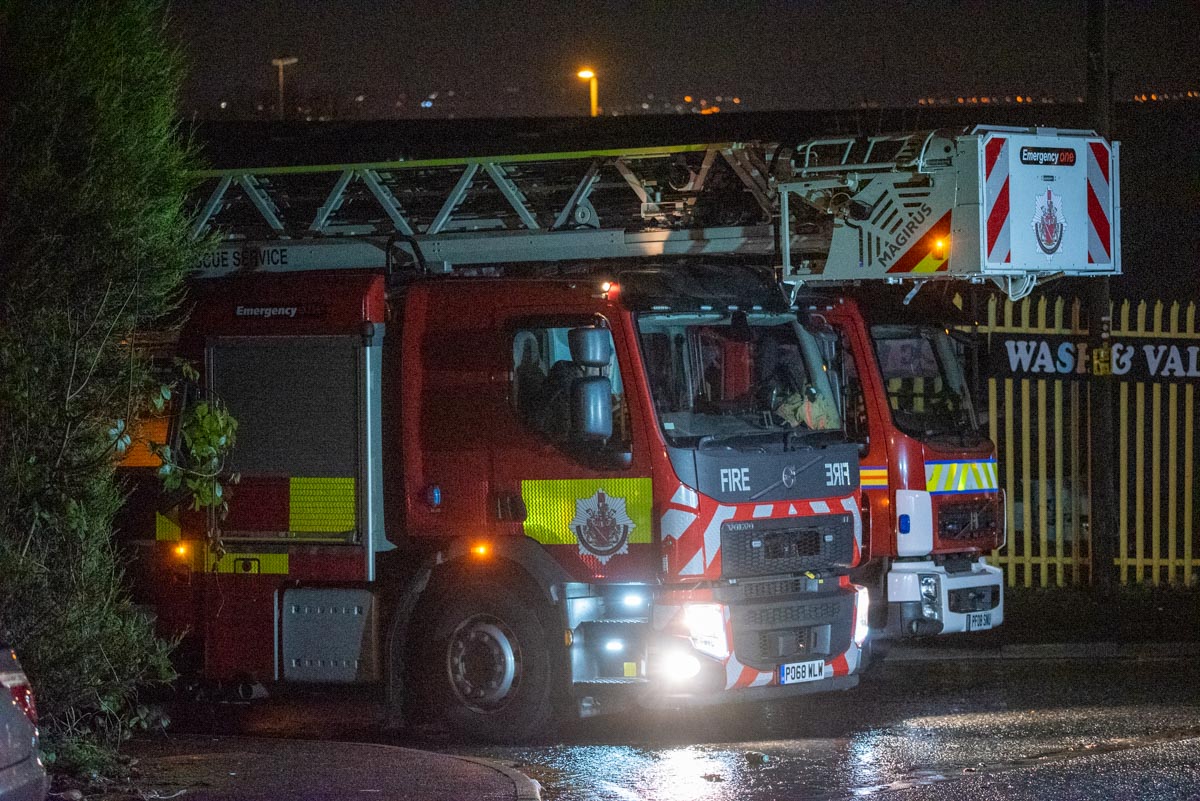 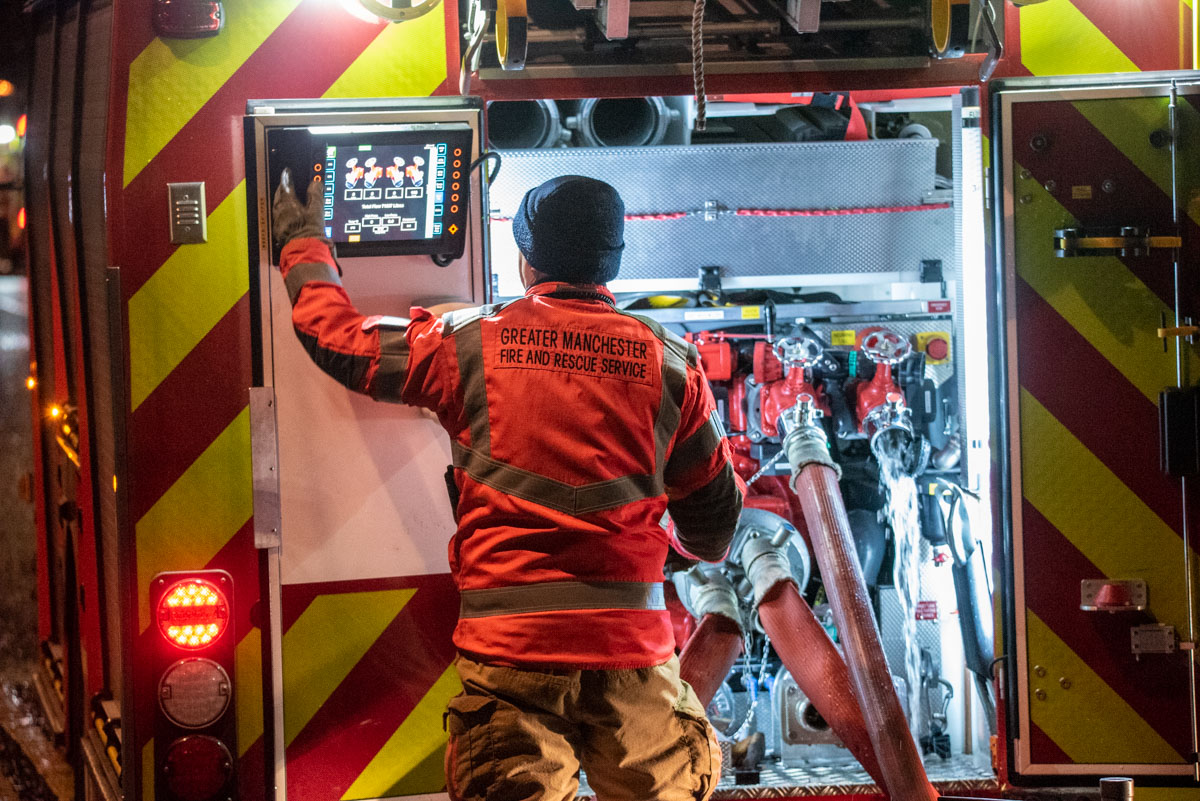 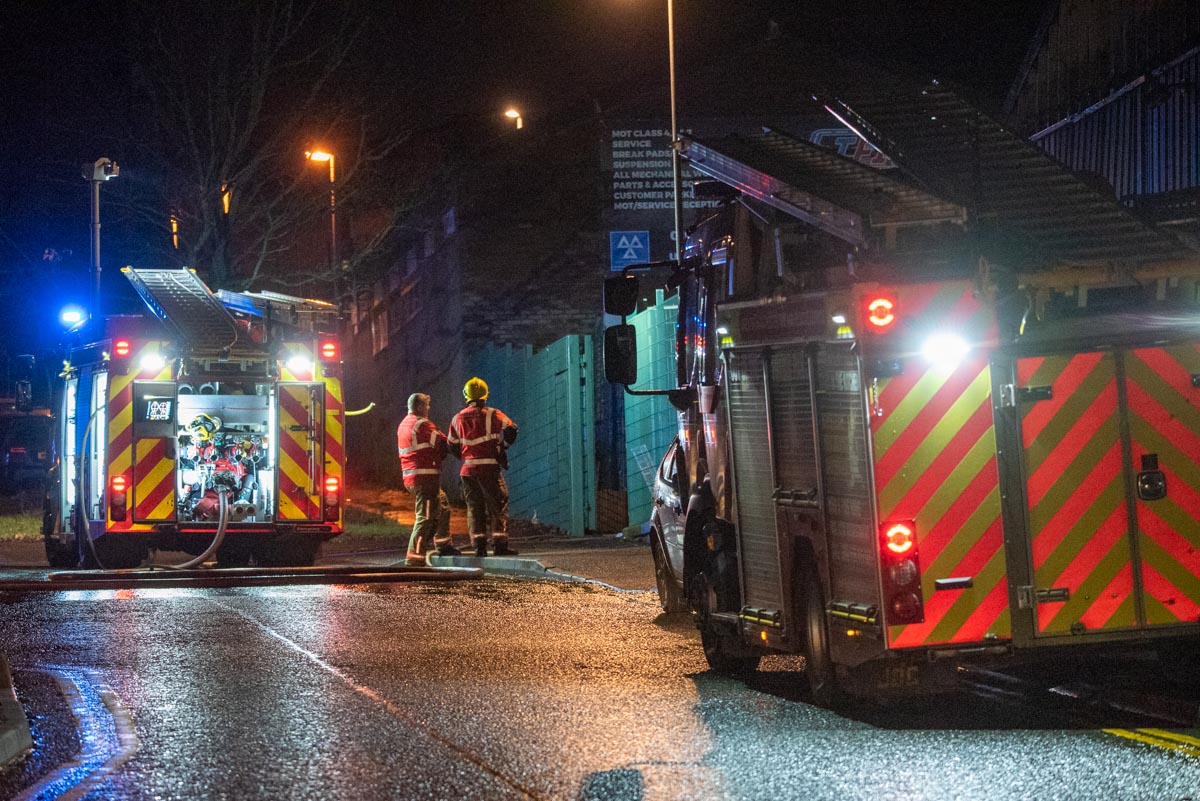 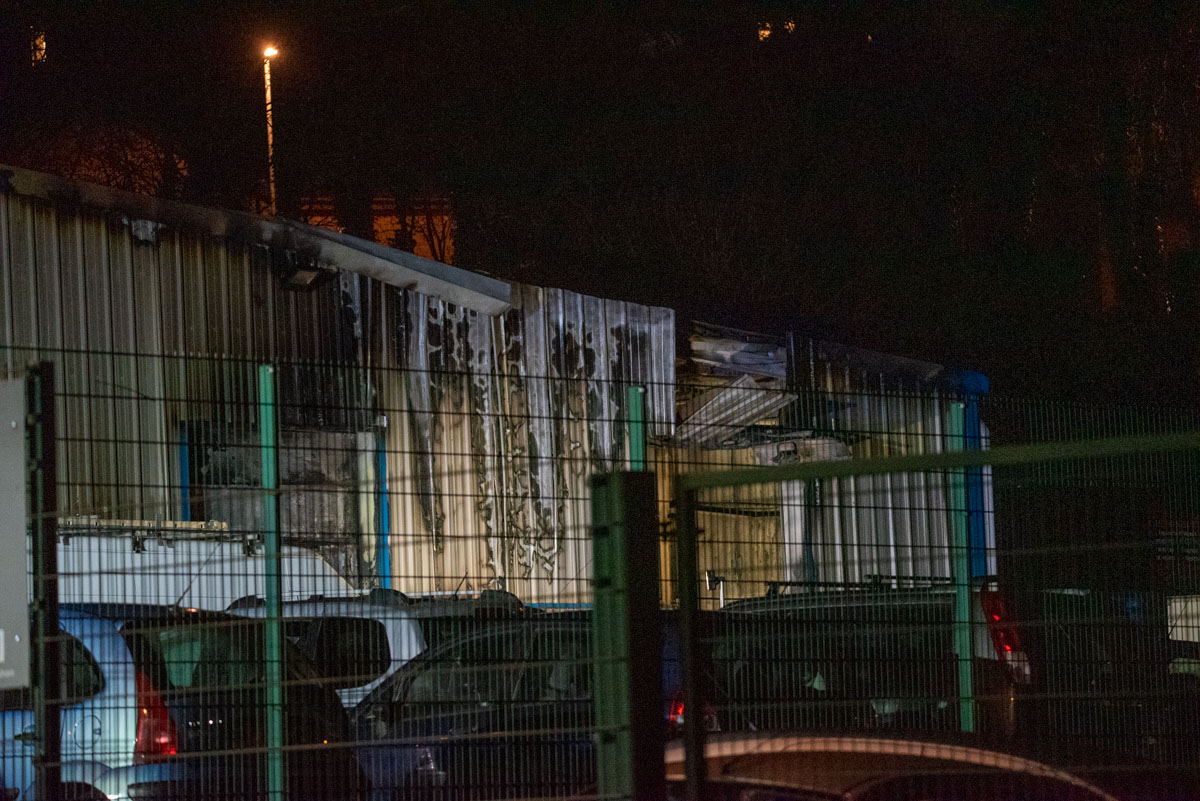 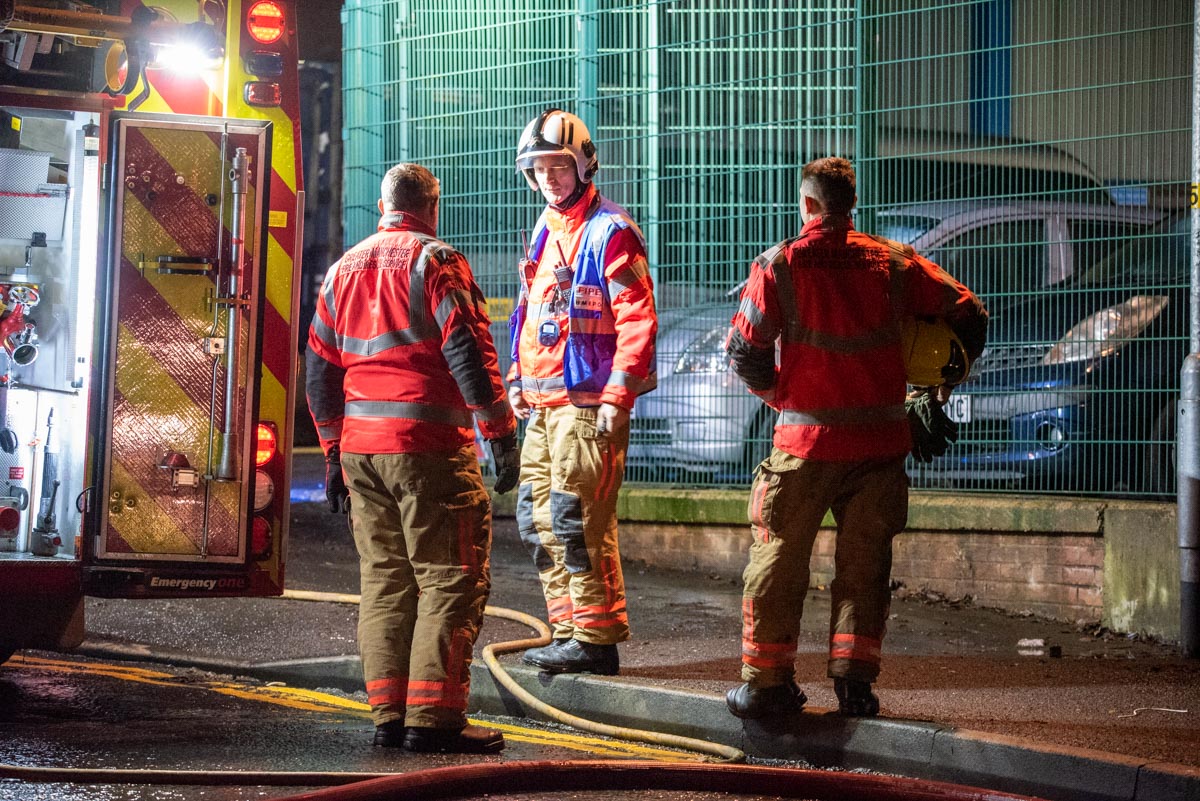 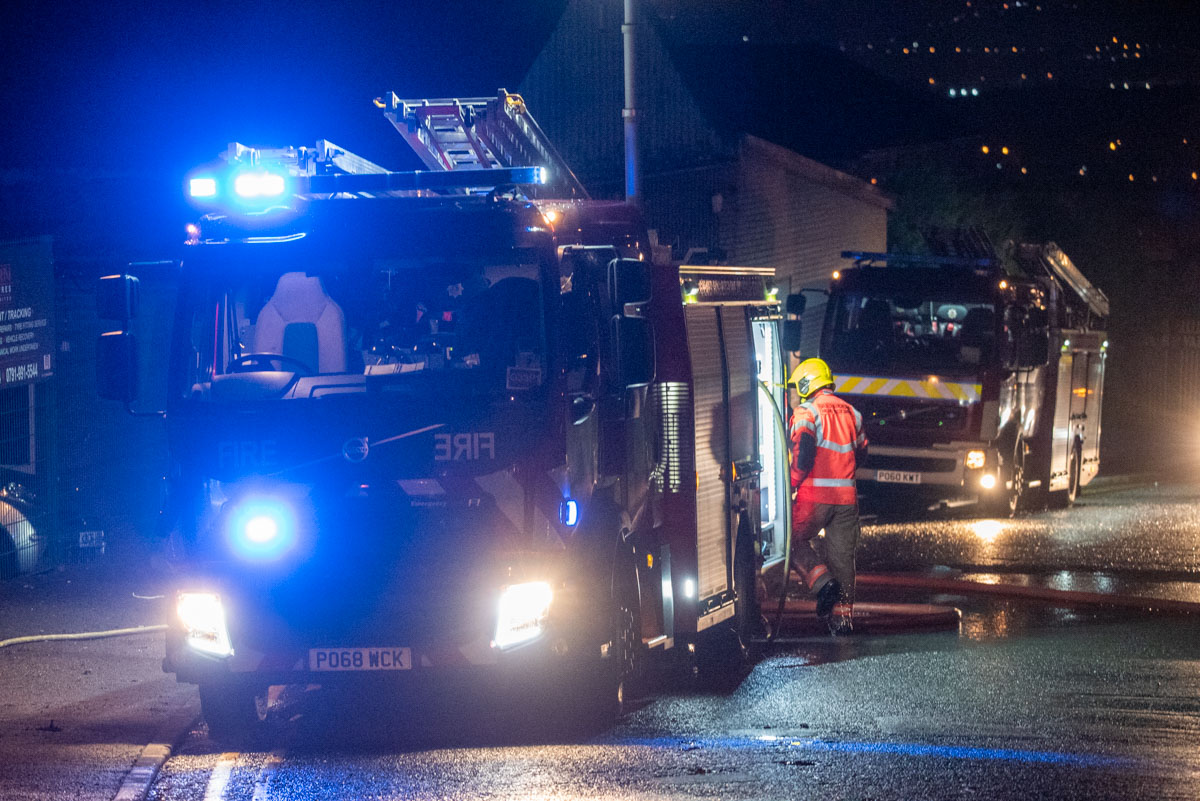 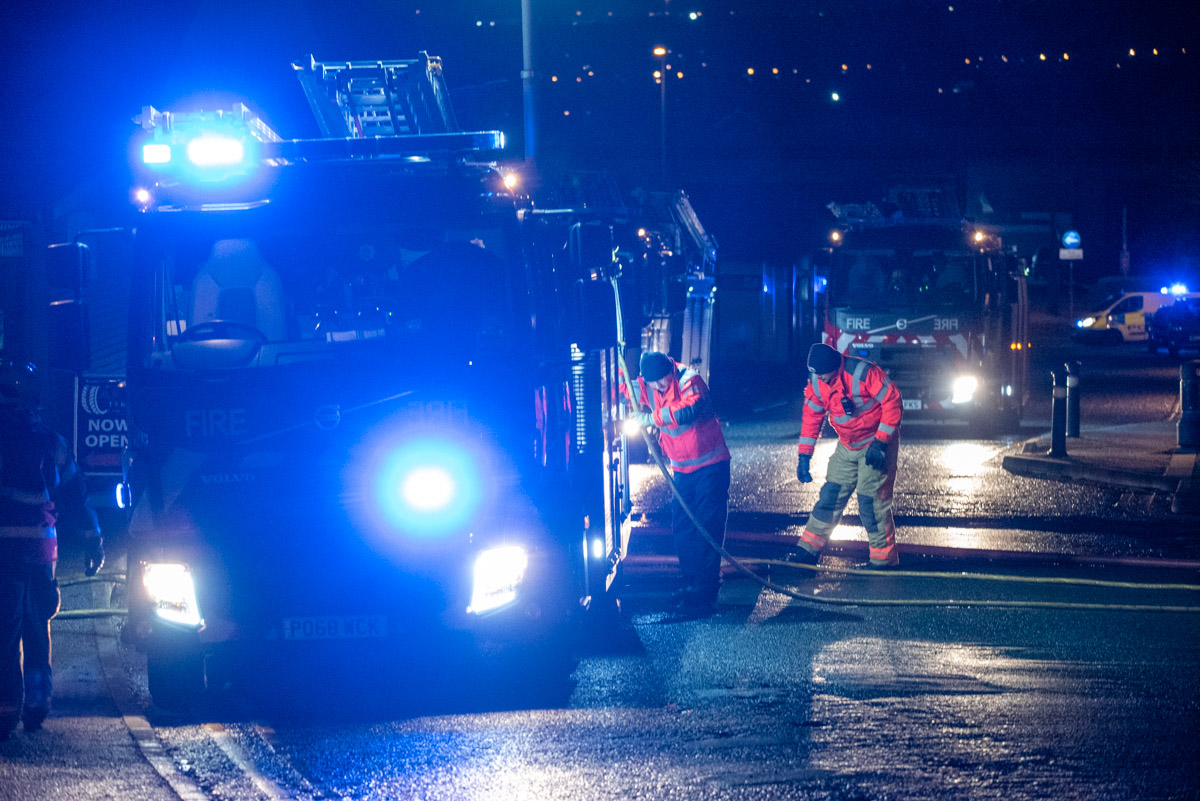 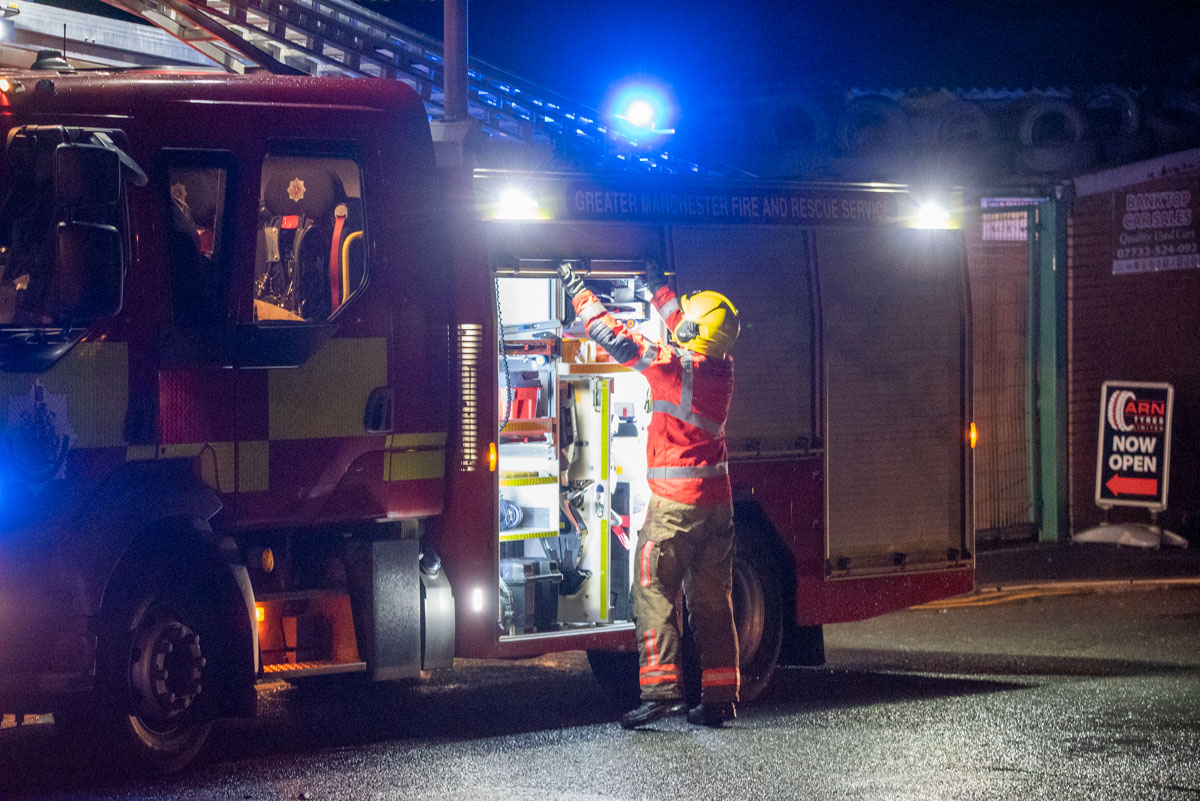 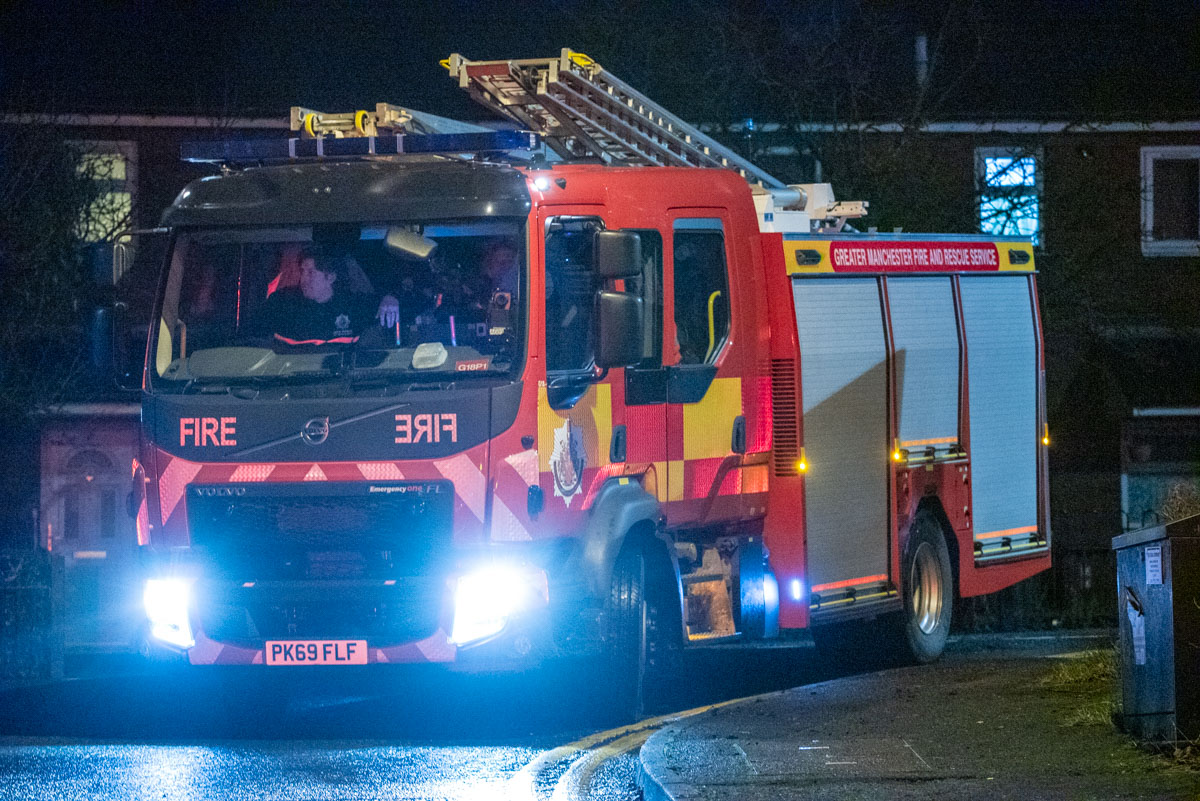