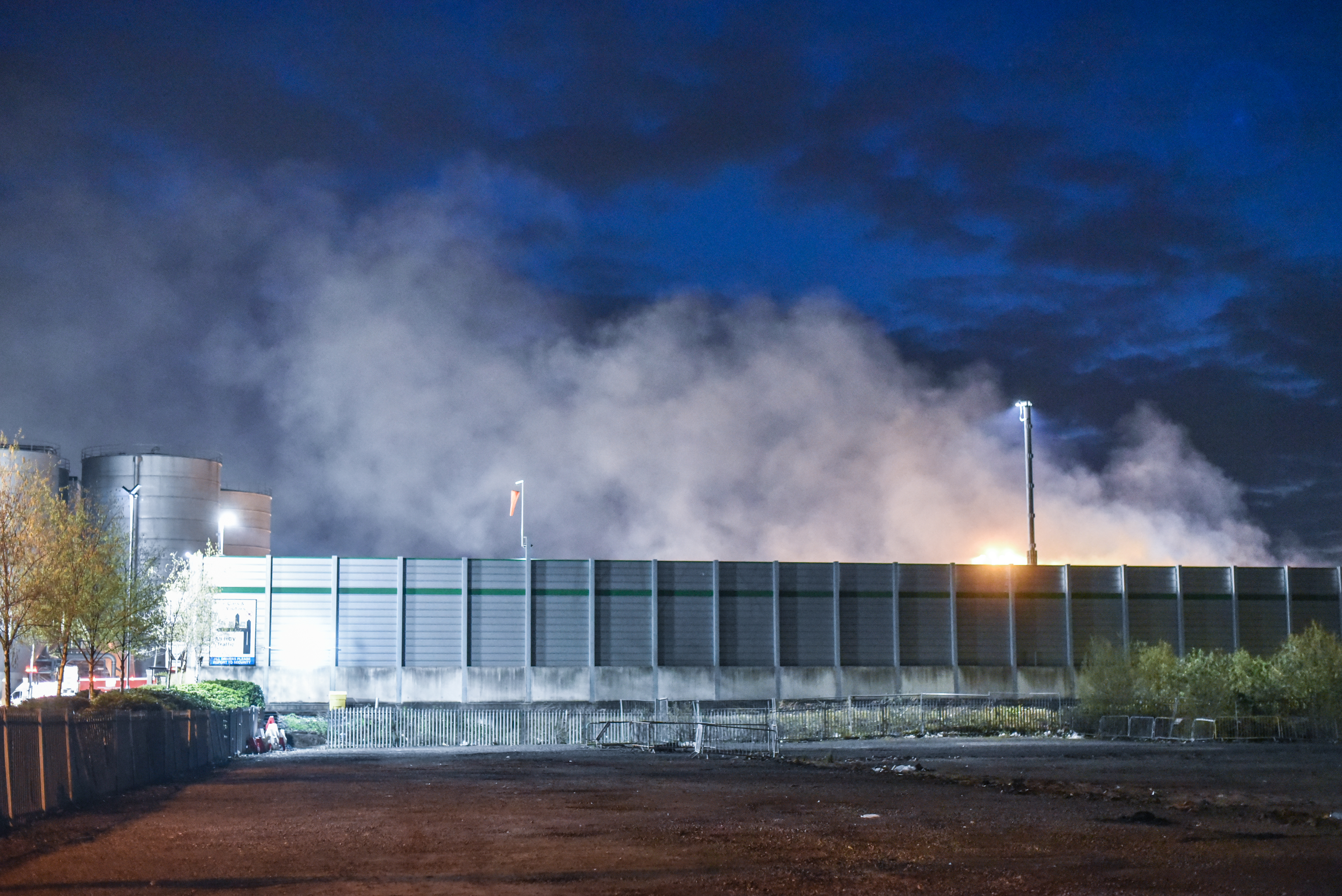 Ten fire crews were sent to the scene of a large fire at a paper factory between Partington and Carrington.

The fire service was called to Saica Paper UK shortly after 10am on Friday morning to a blaze involving four large stacks of paper in a handling yard.

Fire fighters are ‘doing an excellent job’ containing the fire. About ten appliances have been sent to the scene. The blaze involves 4 large industrial stacks of paper in a handling yard inside the site.

The Environment Agency says it is aware of the fire and is supporting the fire service.

Tweets From The Fire Ground