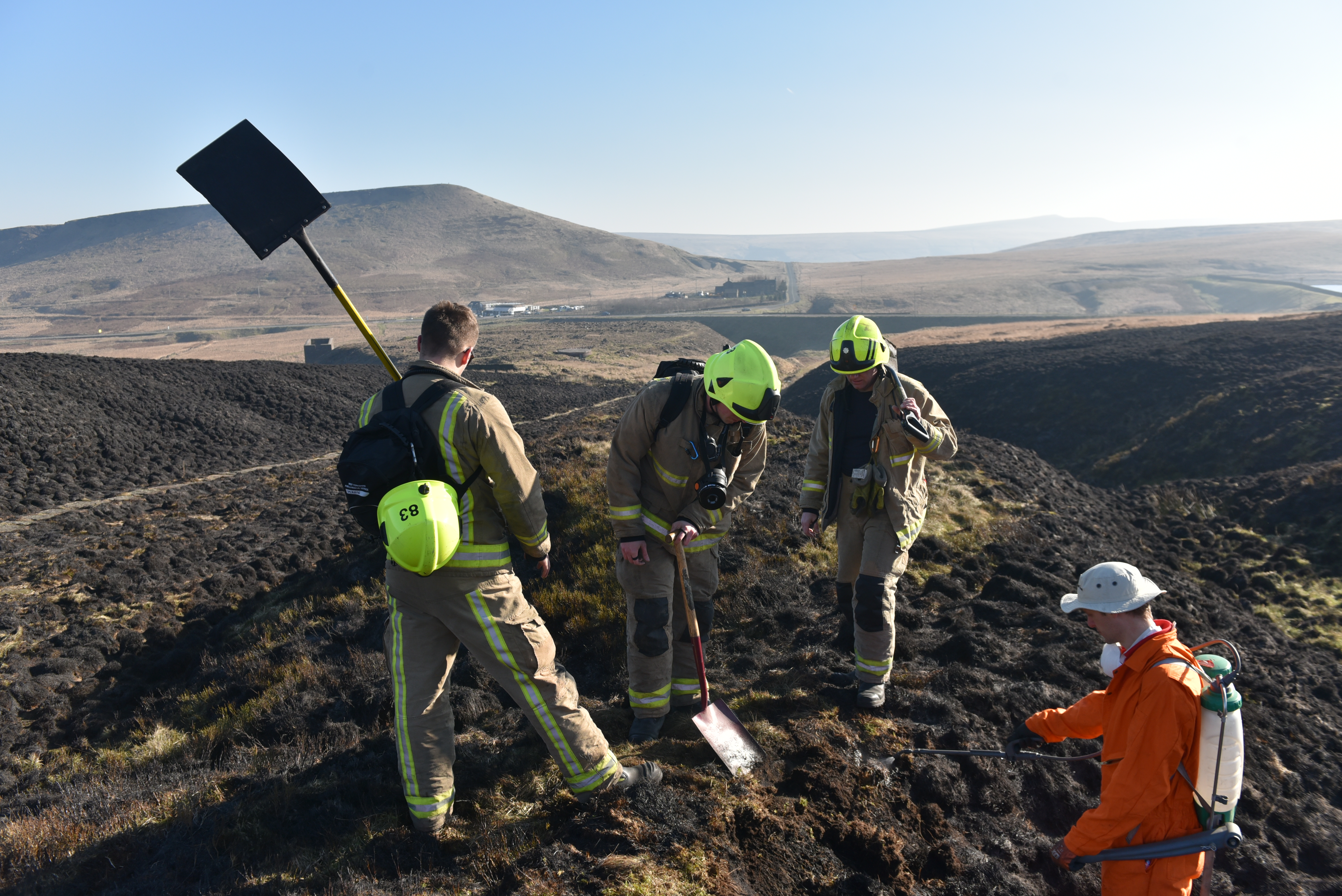 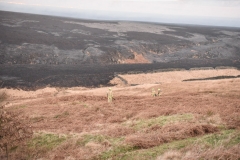 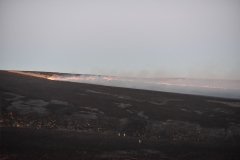 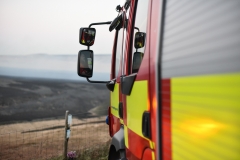 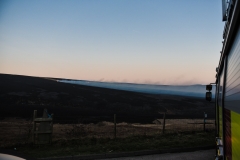 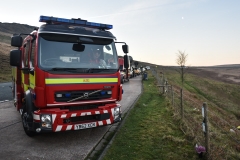 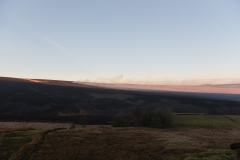 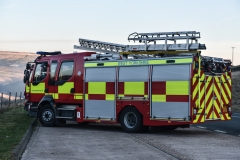 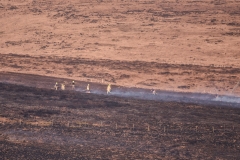 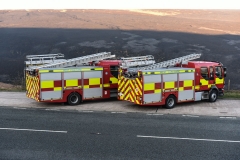 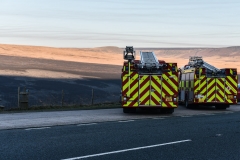 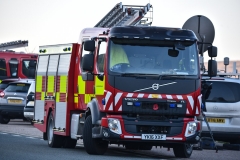 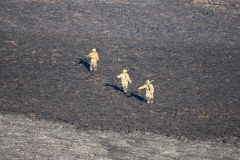 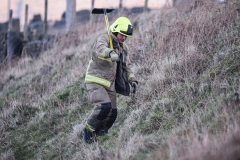 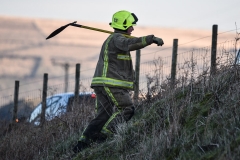 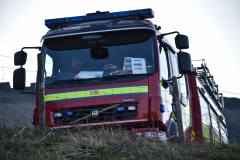 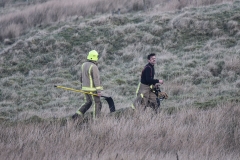 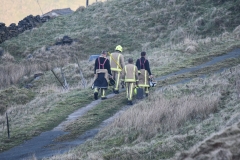 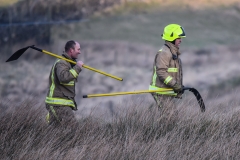 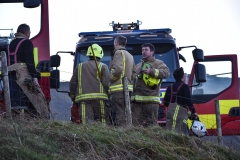 Crews were called to reports of a fire on Marsden Moor at 19.51hrs on Tuesday evening (26th February).

He said: “When crews arrived shortly before 20.00 hrs there was a large area of approximately three to four square kilometres of moorland on fire. It was one of the of the highest flame fronts we have seen with flames of up to two metres high and it was moving fast across the moorland.

“The top layer of the moorland is quite dried out because of the recent good weather and underneath is quite damp so it has run across the surface of dry vegetation.

“Two specialist wildfire units were there and approximately 30 firefighters tackling the fire. It was really adverse conditions. We were rotating the crews for their welfare as it’s very physically demanding work.

“Crews were walking up to a mile to reach the fire and were carrying blowers, beaters and other firefighting equipment with them. Crews have worked tirelessly to get fire under control and have done a great job. The quick initial fire attack by firefighters did help to bring the fire under control, despite the size and ferocity of the flames.”

Crews were monitoring the fire spread and no buildings had to be evacuated.

The fire remained a distance of around 500 metres from Manchester Road.

By around 3am in the morning the fire had died down however crews have remained at the scene.

Five fire engines remain at the scene this morning including the Keighley Wildfire Unit.

Due to the natured of moorland fires they can easily reignite so firefighters are likely to be on the scene for the rest of the day.

Station Manager Greenwood added: “The fire looks to be out however moorland fires can easily reignite so it’s important that we monitor it closely.

“We have five pumps still at the scene along with two wildlife units to tackle any hot spots that might arise as the day goes on. We are also working with the National Trust and the Marsden Rangers who will remain at the scene with us. We expect to be at the moors for much of the day.”

It’s important that local residents understand that the risks to their health are low, however because any smoke is an irritant, it can make people’s eyes and throat sore. People with asthma and other respiratory conditions may be particularly susceptible to the smoke and should carry and use their medication (such as inhalers) as usual.

The general advice therefore remains that if possible people should try to remain out of the smoke. If you have any concerns about the smoke’s impact on your health please call your GP surgery for advice, following any instructions for out of hours services, or contact the NHS 111 service (which is free from both landlines and mobiles and open 24/7).”